The EB-5 visa investment program is one of the most well-known options for foreign nationals seeking to get a U.S. EB-5 green card. Since the government announced the temporary suspension of regional center investment in June 2021, many prospective investors are searching for EB-5 Immigrant Direct Investor Program opportunities.

On June 22, 2021, the minimum EB-5 investment for the targeted employment zone (TEA) project was brought down to $500K from $900K, which makes it accessible to a lot of foreign citizens. This was cut down due to the controversy surrounding the EB-5 Modernization Rule was deemed ineffective as a result of the U.S. District Court for the Northern District of California. In the end, the regulations for EB-5 investments were reverted to their prior status before the Modernization Rule.

The visa by investment in the USA has always been a source of discussion and debate in the world of extremely influential investors. Although the EB-5 program indeed had an excellent history, it also came with plenty of controversies and debates that many investors are unable to comprehend.

[Recommended: EB-5 Visa by Investment Trends and What that means for an EB-5 Investor?]

EB-5 Program Expired or Not?

No, it’s not. Investors who are interested in EB-5 Direct Investment can continue submitting I-526 requests to get approval for conditional or unconditional green cards. Be aware this is only for this EB-5 Regional Center program that is no longer in operation. It’s also the case that the majority of applications over the past decade were made through regional centers alone. The gap does impact these applicants.

Will Regional Centre Be Reauthorized?

The situation is not favorable for the reauthorization of the regional center’s EB-5 program anytime very soon. By way of background, the Immigrant Investor Regional Center Pilot was established by Congress in 1993. The pilot program created regional centers that were designated EB-5 to be operated by the United States Citizenship and Immigration Services or USCIS to encourage foreign investment in the United States and create jobs.

The main benefit of the designation of a regional center was the possibility of taking advantage of job-creation indirect methods (such as counting offsite work related to construction) and thus reducing the load of job creation rules under the rules of the EB-5 program.

The EB-5 Regional Centre Program, which lapsed nearly 100,000 investor immigrants in uncertainty and will be closed most likely till February 18th in 2022 at most. At that time, Congress will face another financial deadline that requires the passing of the new Continuing Resolution to ensure that the federal government is operating.

The supporters of EB-5 regional center investor program can only hope to convince Congress to reinstate the program, either with or without slight modifications in the Congressional automatic budget renewal process. It’s not an easy feat. Alternatives to a separate bill for EB-5, or perhaps breakthrough involving EB-5 programs which are being integrated into Build Back Better bill, are all but gone because Democrats within the Senate have had to contend with setbacks in the Senate, and Congressional schedule is becoming increasingly jammed with other legislative priority issues.

In the past decade, the majority of EB-5 investors were sponsored by regional centers as it has flexible criteria for job creation. Now direct investment in EB-5 projects is the only viable option for investors now. EB-5 Direct investment has many advantages, typically granting investors more managerial responsibilities, freedom, as well as greater returns. One of the biggest advantages of investing directly in an EB-5 project is that they are an integral element in the EB-5 program. Therefore, it doesn’t require regular renewal.

[Also Read: How EB-5 Direct Investment Is Different From Other Visa Options?]

As discussed above, the regional centre was suspended in June 2021, leaving hundreds and thousands of immigrants that had submitted their I-526 applications with no choice but to stop in their EB-5 process. After the suspension, the USCIS has temporarily stopped processing any I-526 petitions submitted by regional center investors. It will remain suspended until and unless Congress revokes the law.

The new bill for the appropriation is due on February 18, 2022, and regional center investors are hoping for abatement of regional center law will be included in this bill. Keep an eye on the February 2022 Visa Bulletin for more updates.

The best time to make an EB-5 investment to obtain a green card was yesterday. The minimum investment amount is anticipated to increase within the next few months. Direct investors will enjoy being actively involved in the management of their company and will appreciate the security and stability that comes directly from EB-5 visa investment.

EB5 Doctors Group is here to assist interested Doctors & Dentists in the development of their EB-5 projects/clinics. Our experts can connect you to potential investors, MSOs & DSOs that will best meet your business needs.

[Recommended: Indian Doctors Path To Green Card And Permanent Residency In The US] 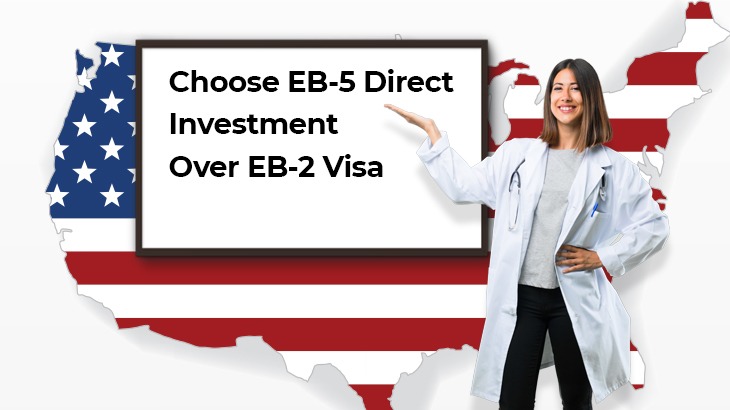 EB-5 Visa or Visa By Investment USA Vs. EB-2 visa is a topic of debate for those who are looking to get a Green card in the U.S. Let’s check out why this is the best time to choose the EB-5 Direct Investment Program Over EB-2 Visa. EB-5 Visa Investment Program The Employment-Based Fifth Preference… 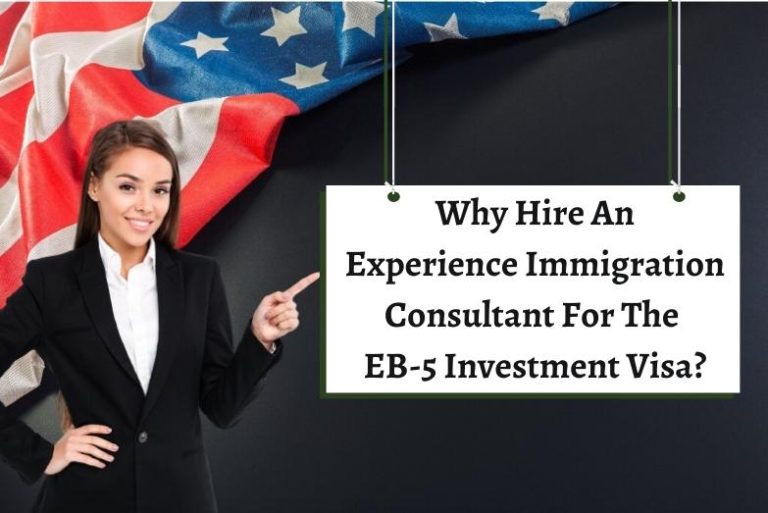 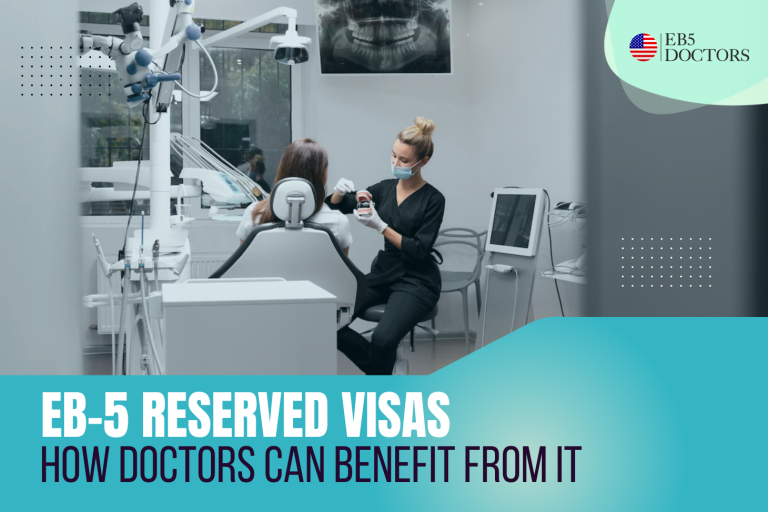 Table of Contents It’s Official, Regional Centers (RCs) are back, and along with it the volume of new EB-5 Petitions will rise too. The vertiginous modification to the RC reauthorization policies backed by a recent court order signifies the position of EB-5 among the other Employment Based Visas as it was always considered a steadfast… 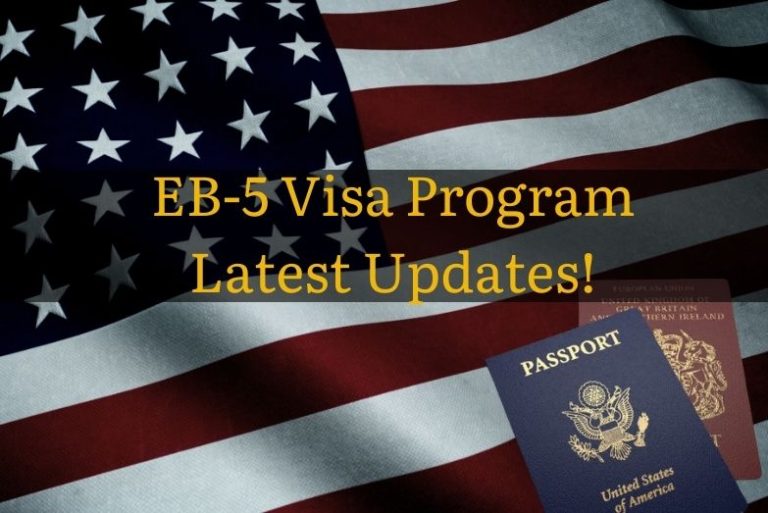 The EB-5 visa program has always been a topic of discussion among highly influential investors worldwide. Though the EB-5 program has a good history, it also had its share of issues and controversies that many people find difficult to fathom. This article will discuss some of the new updates regarding the EB-5 visa after the… 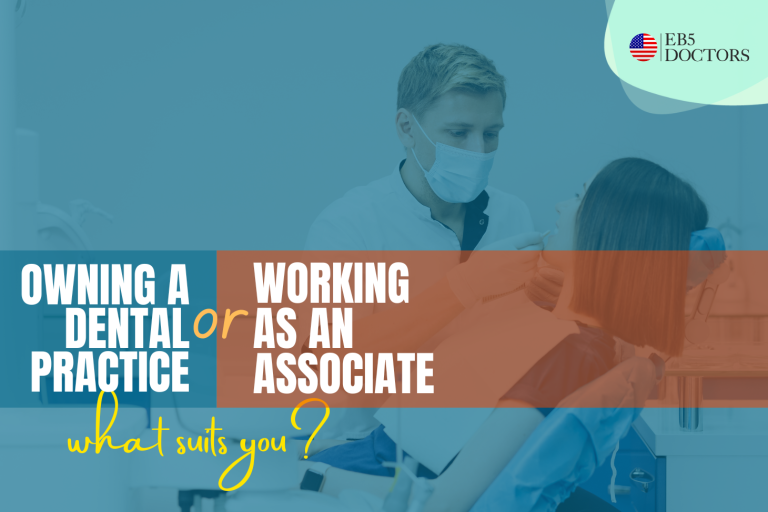 Table of Contents Owning a Dental Practice or Working as an Associate: What suits you?  The October 2022 Visa Bulletin shows significant retrogression in the EB-2 category for individuals born in India. The EB-2 India Date for Filing has been retrogressed by more than two years, from December 1, 2014, to May 1, 2012. Due… For foreign entrepreneurs looking to immigrate to the United States and obtain a green card, the most lucrative paths are through an EB-2 visa, EB-3 visa, and EB-5 investment visa. We will walk you through how the EB-5 direct investment program is different from other visa options. S. No EB-5 EB-2/EB-3 1. EB-5 is an…

Get a call from us

Turn Your Dream Into a Reality with EB5 Doctors Group